0
0 Go to My Cart 0 Cart
…
Free shipping on selected items and on all orders over $200
Valid for shipping addresses in the USA, excluding Alaska and Hawaii.
Out of stock 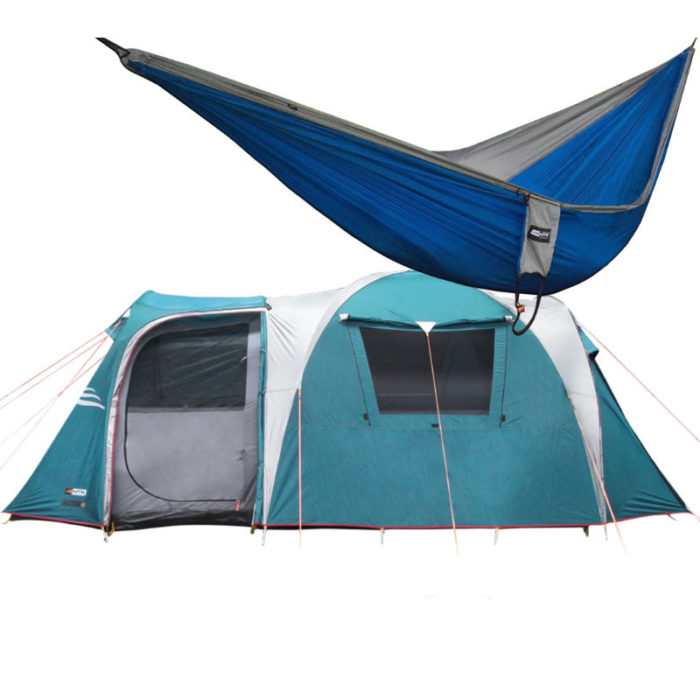 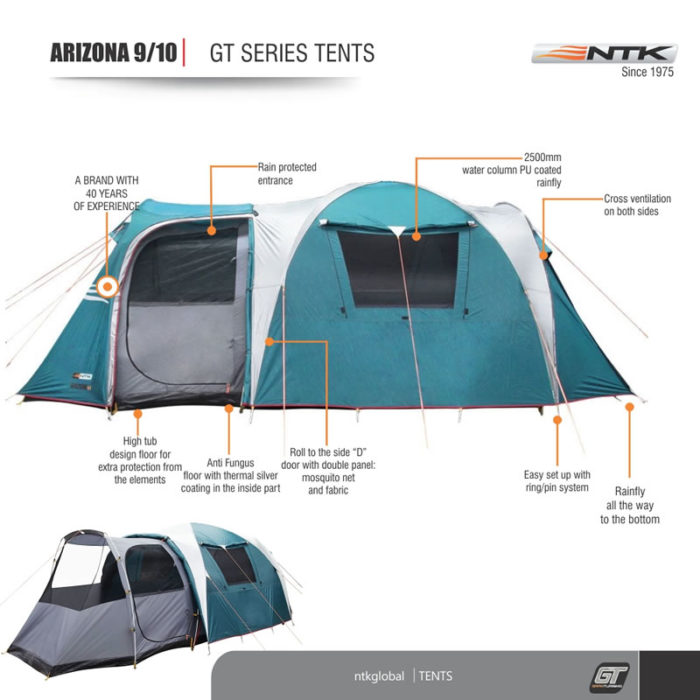 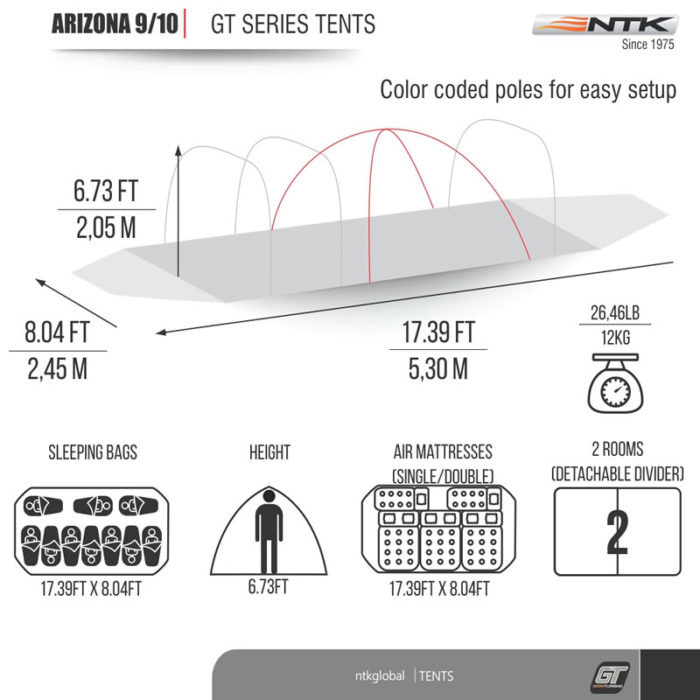 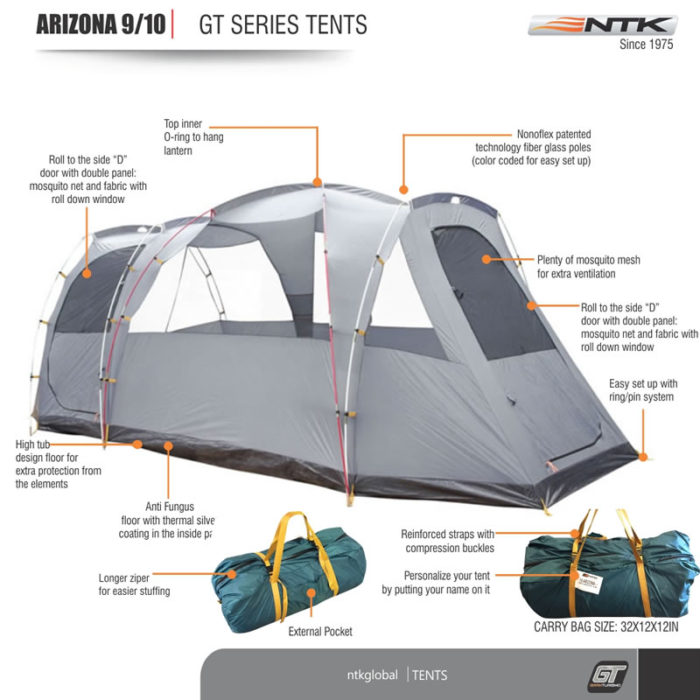 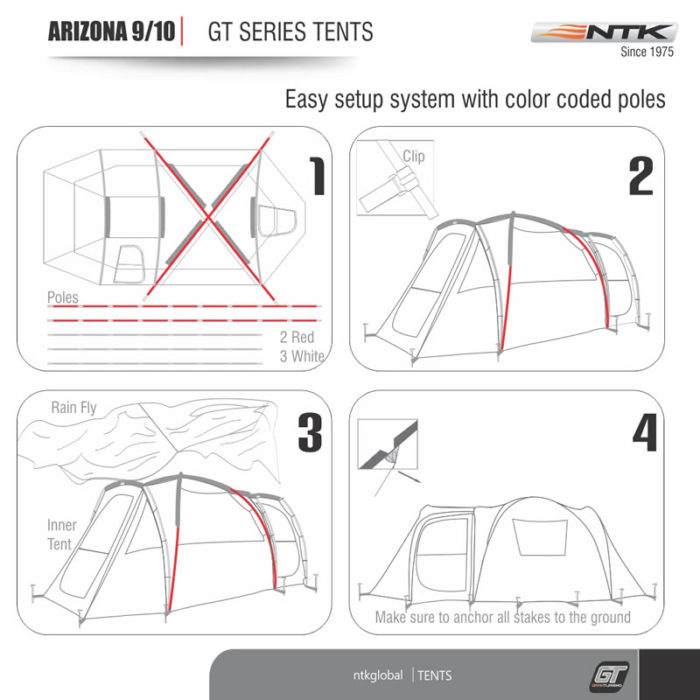 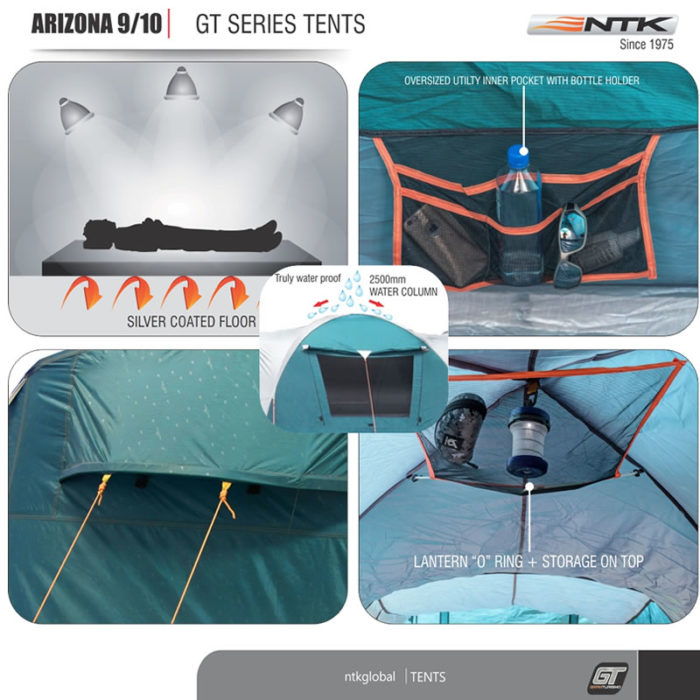 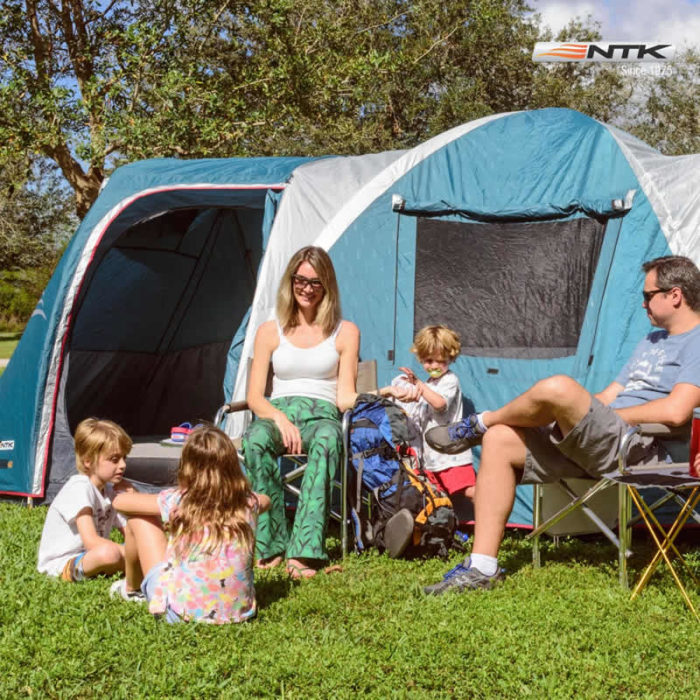 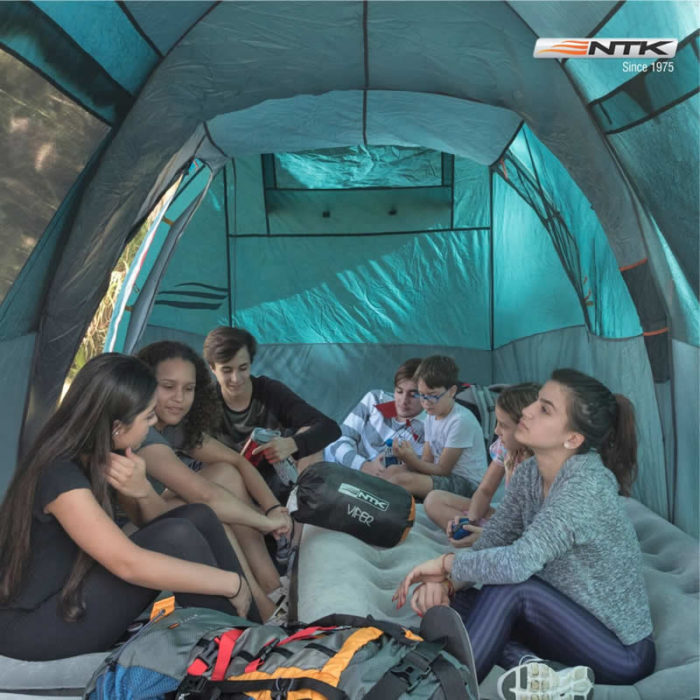 
SHOP NOW AND GET A FREE HAMMOCK PLUS FREE SHIPPING AND A SURPRISE GIFT!

FREE SHIPPING is valid only for orders with shipping addresses in the US (except Alaska and Hawaii).

USA estimated delivery time: 7 business days.
We do not ship to PO Boxes.
WE SHIP TO CANADA (customs are not our responsibilities).

The NTK Arizona GT 9/10 is a huge family camping tent, part of the GT (Gran Turismo) line of tents, with improved materials and features such as: